Antibiotics are needed to treat many infections, but they are losing their effectiveness. Bacteria resist their influence by adapting and finding ways to survive after exposure to such drugs. There is also a danger of uncontrolled use of antibiotics.

Bacterial cells adapt very well – they can naturally become resistant to antibiotics over time, but we are making the situation worse due to overuse and misuse of our medicines. This is already a risky situation, and it will only get worse if we do not take urgent measures.

Here are 6 main reasons for antibiotic resistance. They are associated with factors such as:

The problem of discovering new antibiotics

The use of antibiotics has saved millions of lives, but their widespread use to treat any infection: serious, minor or even viral, has led to an increase in antibiotic resistance. Antibiotics are aimed exclusively at bacteria, but sometimes it is difficult to distinguish viral from bacterial infections without expensive tests.

Often, prescribing antibiotics proactively takes less time and is easier than taking precautions and prescribing only the right treatment.

The use of antibiotics is also not limited to humans. Every day antibiotics are used in the treatment of livestock and fish to prevent infections. Similar to overuse in humans, uncontrolled use of antibiotics creates a reservoir of bacteria that can become resistant, rendering the antibiotic useless. 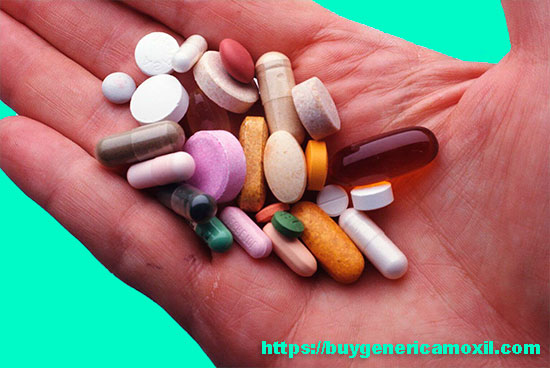 As a result of cities becoming more densely populated, people are exposed to more pathogens all the time. Hospitals and clinics are receiving more and more patients with infections, and it is not always possible to contain the spread of the pathogen among the population. Detection, isolation or treatment of all infectious diseases is often not feasible, which leads to the addition of new pathogens to the local community. In combination with the lack of hygiene, medical institutions become an ideal environment for the reproduction of bacteria.

7 reasons why it is dangerous uncontrolled use of antibiotics

No antibiotics or 19th century-style healthcare.

If we lose our antibiotics, it will be like going back in time, when infections that we now consider insignificant can become fatal. An infected cut can be life-threatening, and a disease like pneumonia will become a mass killer again.

There may be no new medicines.

Recently, not a single fundamentally new class of antibiotics has appeared on the shelves of pharmacies. Even if we find more drugs, simply replacing old antibiotics with new ones is not the best option, as they can also become ineffective.

Antibiotic resistance is already there.

When we discuss antibiotic resistance, we talk about a frightening future and try to take measures so that the problem does not get worse. But this does not mean that this is a problem only for future generations. An estimated 25,000 people already die every year in Europe due to antibiotic-resistant infections.

Chemotherapy is an important weapon in the fight against cancer, but did you know that this procedure destroys our white blood cells, which we need to fight infection? Without antibiotics, chemotherapy will become more dangerous.

Our greatest medical achievements are under threat.

Organ transplantation is a miracle of modern medicine, but we need antibiotics to help the patient after transplantation, because the transplant procedure itself can lead to infection. Plus, patients receive medications that intentionally suppress their immune system so that their body does not reject the new organ. This suppression of the immune system makes the patient more susceptible to bacterial infections. If we lose our antibiotics, the transplant will become more risky or even impossible.

Sometimes there is talk that antibiotic resistance is a “global problem”. And this problem affects all of us directly. For example, if you are given antibiotics when you don’t need them, you risk introducing antibiotic-resistant bacteria into your intestines. If these bacteria continue to cause infection, antibiotics may not work when you really need them. Sometimes antibiotics are needed very urgently. Have you heard about sepsis? It is a common and potentially life-threatening disease caused by infection. The best way to deal with sepsis is to cure it quickly with antibiotics. We probably don’t need to tell you what will happen if we run out of antibiotics to treat this infection.

And if an operation is needed?.

None of us wants to think about illness or serious surgery, but we all understand that surgery can save lives. But a complex operation is associated with the risk of infection. Take, for example, heart bypass surgery or joint replacement – if we don’t have antibiotics, these procedures designed to help people and alleviate suffering can actually lead to more deaths caused by bacterial infections.

Antibiotic resistance costs humanity dearly. If we do not act, the problem will become more and more expensive, medicines will only increase in price. Therefore, it is important to abandon the uncontrolled use of antibiotics now! If you think that you need an antibiotic, consult with several doctors based on the results of tests and in no case prescribe these drugs to yourself.

The dangers of uncontrolled use of antibiotics